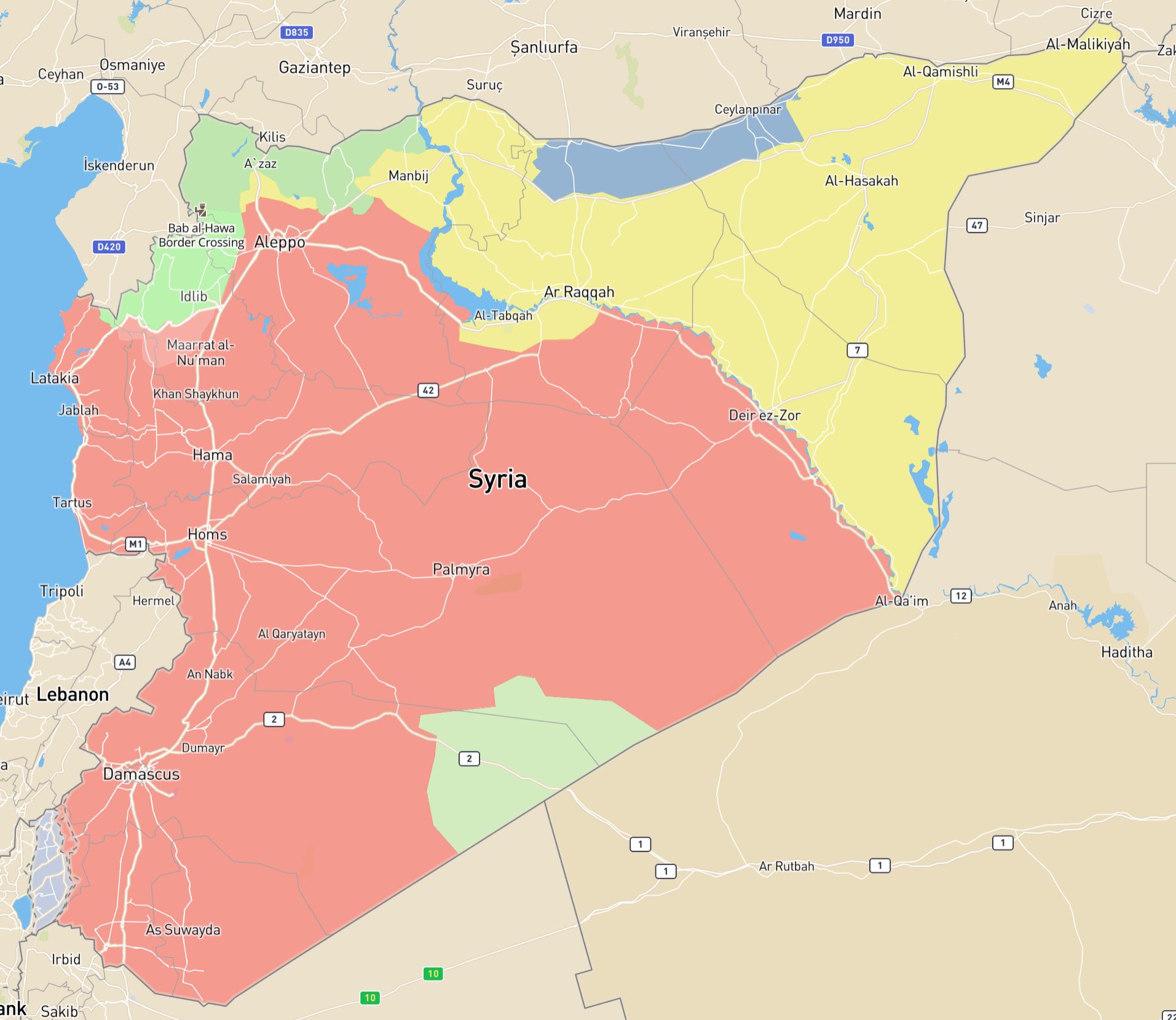 We refer to the North West of Syria (NWS) as the opposition-held areas of Idlib province, the western Aleppo countryside and a small enclave of Latakia’s northern countryside. Despite the announcement of the Sochi ceasefire agreement in September 2018 between Russia and Turkey, since May 2019 the regime has continued to escalate the bombing and shelling of several communities in the NWS. The attacks intensified significantly since January 2020, leading to the regime taking over the entire M5 highway and several strategic cities and towns in southern Idlib including Maaret Al-Noman and Saraqeb, in addition to a significant part of Aleppo’s countryside by March 2020. This escalation has caused a massive wave of displacement of nearly one million people according to the Response Coordination Group RCG). In March 2020, Turkey and Russia announced a ceasefire agreement in the NWS. However, the ceasefire appears to be as fragile as the 2018 Sochi agreement, as the regime, with direct support from Russia, continues to target several areas to the south of the M4, and might soon launch another offensive to capture more territory.

The NWS of Syria is of interest to Turkey for the following reasons:

Even though the NWS is not a rich region in resources such as oil and water, there are a few strategic components in the NWS which fall under the regime and likely the Russian interest:

(Interactive maps: use the slider to compare current (left) with scenario (right) maps)

De-escalation continues, no major ground military operation with intermittent violations through regime shelling on the towns south of the M4. This scenario will not cause a significant displacement of civilians.

Regime forces launching a military ground operation, capturing all of the region south of the M4. This scenario will result in a medium scale wave of displacement (approximately 100 – 150 K people) from the towns and villages in the captured areas towards the north of Idlib and into the Turkish-held areas in Aleppo countryside.

Regime forces launching a military ground operation and capturing all the territory to the south of the M4 in addition to Jisr Al-Shoghour city and Latakia countryside. This scenario will result in a large wave of displacement (approximately 400 K people) from towns south of the M4 and Jisr Al-Shogour city into the northern Idlib region and the Turkish-held areas of the Aleppo countryside.

Regime forces launching a military ground operation and capturing Atareb, Daret Azza and Dana cities and reaching the Bab Al-Hawa crossing on the Turkish border, cutting the connection between the NWS and the Turkish-held area in northern Aleppo. This scenario will result in a large wave of displacement (approximately 1 Million) from those cities into the northern west of Idlib and into the Turkish-held areas.

Regime forces launching a major military operation and capturing the entirety of the NW; this scenario will result in a massive and unprecedented wave of displacement (approximately 3 million) from Idlib towards the Turkish-held area in northern Aleppo, with large groups of IDPs attempting to cross the border into Turkey.

Scenario 6
Full implementation of the ceasefire in NWS

Full implementation of the ceasefire in NWS, and Turkish-led efforts to undertake major reforms in the military and governance structure in the NWS, leading to either dissolving or limiting the role of HTS and other more radical groups.