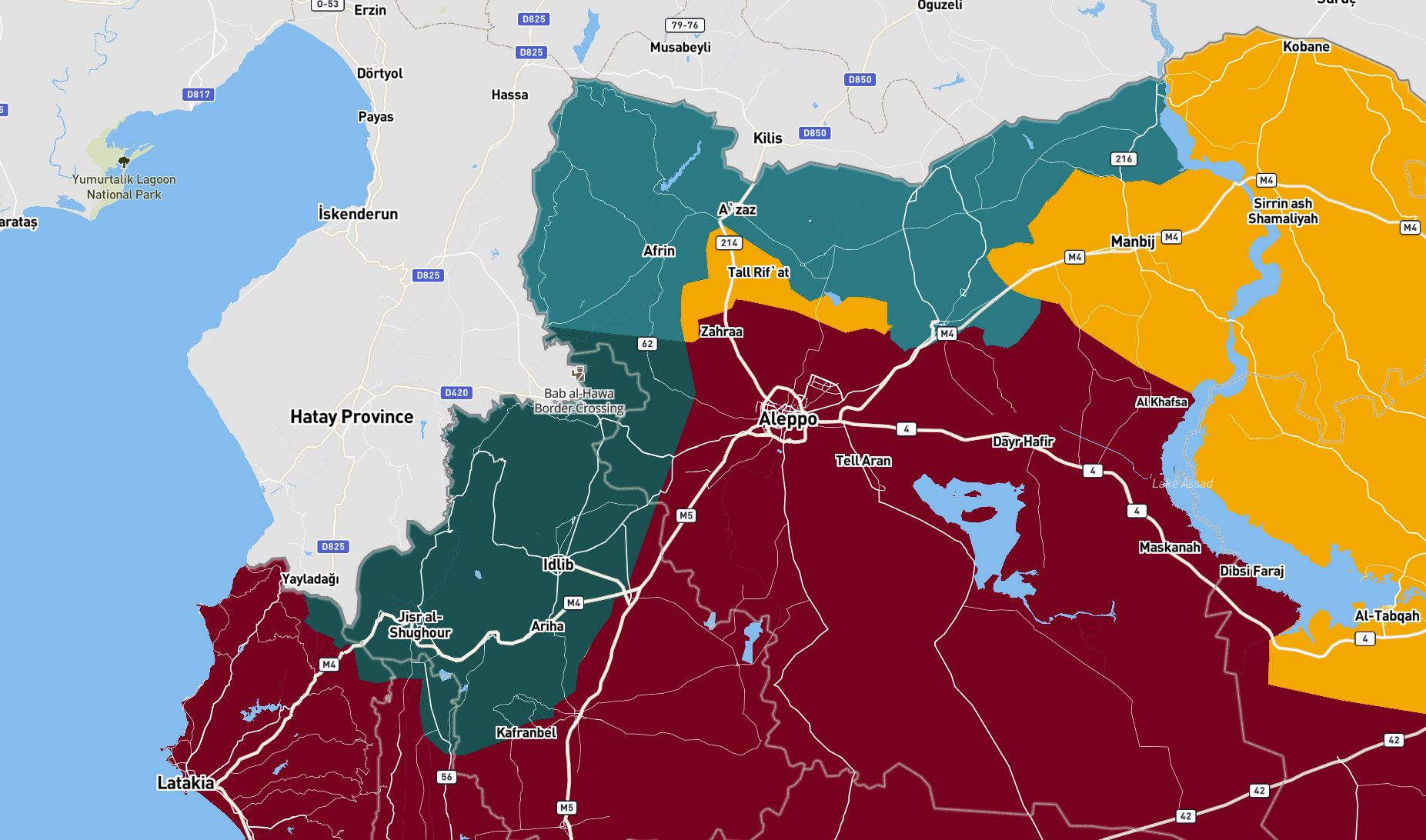 Despite the September 2018 Sochi ceasefire agreement between Russia and Turkey, the al-Assad regime has continued to escalate the bombing and shelling of several communities in north-west (NW) Syria since May 2019. The attacks have intensified significantly since January 2020; by March of the same year, the regime had taken over the entire M5 highway, several strategic cities and towns in southern Idlib including Maret Al-Numan and Saraqib, and a significant part of Aleppo’s countryside. This offensive caused a massive displacement wave of nearly one million people, according to the Response Coordination Group (RCG). On 5 March 2020, Turkey and Russia announced another ceasefire agreement in NW Syria. Yet, with direct support from Russia, the regime continues to target several areas to the south of the M4 highway with bombing, shelling, and infiltration manoeuvres.

Since reaching the 5 March ceasefire agreement, the relationship between Ankara and Moscow has continued to evolve and expand from Idlib, to north-east Syria, to Libya, to the Caucasus. Although they back opposing sides, they often negotiate and coordinate their activities, sidelining Western influence in the region.

Different rounds of negotiations, between Putin and Erdogan personally or on the military or diplomatic technical levels, appear to have allowed the two powers to compartmentalise their disagreements on certain issues to allow more cooperation on others, despite the ongoing battles between their local allies.

During 2020, the tensions between Moscow and Ankara over Libya and the Caucasus often translated into aggressive statements in Idlib, in particular the Russian boycott of the joint patrols across the M4 agreed upon in the 5 March 2020 agreement. Russia has pushed aggressively for Turkey to decrease its military presence in NW Syria by withdrawing from 12 observation posts in areas recently recaptured by the regime. Turkey withdrew from said posts, and then expanded its military presence in other areas to indicate a shift in its military strategy from observation to defence.

As Turkish forces completed their withdrawal from these observation posts, they established new military posts in the south of Idlib, the north-west of Latakia, and the western countryside of Aleppo. This raised the total number of Turkish posts in NW Syria from 68 (prior to the 12-post withdrawal) to 76, twenty of which are in the Jabal al-Zawiya area. These bases constitute a “military defence shield” along the contact lines with the Syrian regime and its allies. Turkey has been bolstering these posts with thousands of combatant soldiers, vehicles, and equipment coming into the region through the Kafr Lucin military crossing. It is estimated that, in addition to 20,000 soldiers deployed to Idlib by April 2020, Turkey has recently sent 6,000 soldiers, 7,500 military vehicles including heavy artillery, rocket launchers, radars, 200 tanks, and armoured personnel carriers.

Russia-Turkey tensions in Idlib peaked on 26 October 2020, a few days after Turkish forces began dismantling the 9th Turkish Observation Post in the city of Morek. Russian warplanes bombed the Faylaq al-Sham training camp in north-west Idlib, killing 80 fighters and wounding over 100 others. Faylaq al-Sham, one of the main factions of the Syrian National Army, is Turkey’s main proxy in Syria, providing security to Turkish military posts and convoys. It was also rumoured to be the primary source of Syrian fighters sent to Libya and the Caucasus to fight alongside Ankara’s allies. In response to the attack, the Turkish-backed National Liberation Front (NLF) targeted more than 40 regime positions in Idlib, Aleppo, and Latakia, killing three Russian officers and 21 Russian soldiers, three Iranian officers, a dozen fighters from militias affiliated with the Lebanese Hezbollah, and at least ten regime officers, as well as wounding and killing dozens of Syrian soldiers and destroying a Russian operations centre in Ma’asran.

Since then, and following the ceasefire agreement between Armenia and Azerbaijan in November 2020, the tensions have eased in Idlib, with Moscow and Ankara affirming their commitment to all the previous agreements on Idlib. However, opportunities for new tensions and confrontation abound, especially as NW Syria stays under the control of Hayat Tahrir al-Sham (HTS) and the M4 remains closed to commercial activity.

(Interactive maps: use the slider to compare current (left) with scenario (right) maps)

The following are the potential military conflict scenarios for the future of NW Syria in the near term (6–12 months) and an estimation of the size of the ensuing displacement. It must be noted here that displacements during a regime offensive tend to be towards non-regime areas—in this case, the north of Idlib and western Aleppo—due to several factors:

De-escalation continues; no major ground military operations, but intermittent violations through regime shelling on the towns south of the M4. This scenario will not cause a significant displacement of civilians.

Regime forces launch a limited military ground operation, capturing areas south of the M4 and Jabal al-Zawiya. This scenario will result in a wave of displacement (approximately 100,000–150,000 people) from the towns and villages in the captured areas towards northern Idlib and into Turkish-held areas in the Aleppo countryside.

Regime forces launch a military ground operation and capture all territory to the south of the M4 in addition to Jisr al-Shughour city and the Latakia countryside. This scenario will result in a large displacement wave (approximately 400,000 people) from towns south of the M4 and Jisr al-Shugour city into northern Idlib and the Aleppo countryside.

Regime forces launch a military ground operation, capture Atarib, Daret Izza, and Dana cities, and reach the Bab al-Hawa crossing on the Turkish border, cutting the connection between NW Syria and the Turkish-held area in northern Aleppo. This scenario will result in a very large wave of displacement (approximately 1 million people) from those cities towards north-west Idlib and the Turkish-held areas.

Regime forces launch a major military operation and capture the entirety of NW Syria. This scenario will result in a massive and unprecedented wave of displacement (approximately 3 million people) from Idlib towards the Turkish-held area in northern Aleppo, with large groups of IDPs attempting to cross the border into Turkey.

Scenario 6
Full Implementation of the Ceasefire in NW Syria

Full implementation of the ceasefire in NW Syria. Turkish-led efforts to undertake significant reforms in the military and governance structure in NW Syria succeed, leading to either the dissolution or limited role of HTS and other more radical groups.

* NOTE: Unless otherwise indicated, “Aleppo,” “Idlib,” “Hama,” and “Latakia” refer to the governorates bearing those names, not the cities.

† For the purpose of this analysis, the term north-west Syria (NW Syria) is used to refer to the opposition-held areas of Idlib province, Aleppo’s western countryside, and a small enclave of Latakia’s northern countryside.